Since its creation in 2001, Summit Foundation has developed about fifteen awareness campaigns, visible particularly in ski resorts and at major events, which aim to inform about environmental issues and encourage behavioural change.

In the winter of 2018-2019, the Summit Foundation launched a new awareness campaign focus on ski resorts that aim to take advantage of our well-known comic bubbles, which have become the trademark of the Foundation throughout the years, but with new slogans and a more dynamic design.

The goal of these messages is to inform rather than moralise and to encourage to play winter sports with respect for the environment. The texts, translated into 3 languages (French, German and English), are based on psycho-sociological research and aim to change behaviour.

The slogans of the new campaign are differents from the previous ones even though littering is still the focus of attention. They cover mainly the following issues: the lifespan of waste in nature, water pollution from cigarette butts, issues such as microplastics, transport and waste.

Since January 2019, over 500 panels have been installed in almost 50 ski resorts, mainly in the french-speaking part of Switzerland, but also in a few German-speaking resorts. Therefore, our aim is to extend this awareness campaign, which has been mainly covering winter activities, to other seasons in order to make them accessible to a wider range of people in the mountain area (hikers, mountain bikers, etc.). Finally, the campaign will also be spread abroad from 2019 to 2020.

The communication network is built and renewed every year thanks to the support of our partners: Loterie Romande, Canton Vaud, Gelbert Foundation, Ernest Dubois Foundation, Ride for the Cause, Casino Barrière de Montreux Foundation, BAT Foundation, Vaud Tourist Office. The campaign is supported by the following media: 20 minutes/20 minutes, Winterpass, APG|SGA Mountain Snetwork.

Interested resorts can benefit from the free installation of comic book bubbles on their domain. Once they are partners, they can also use these visuals for their advertising campaign or on digital media to highlight their commitment to the environment.

Summit Foundation is a member of the “Remontées Mécaniques Suisses”.

This awareness campaign is supported by 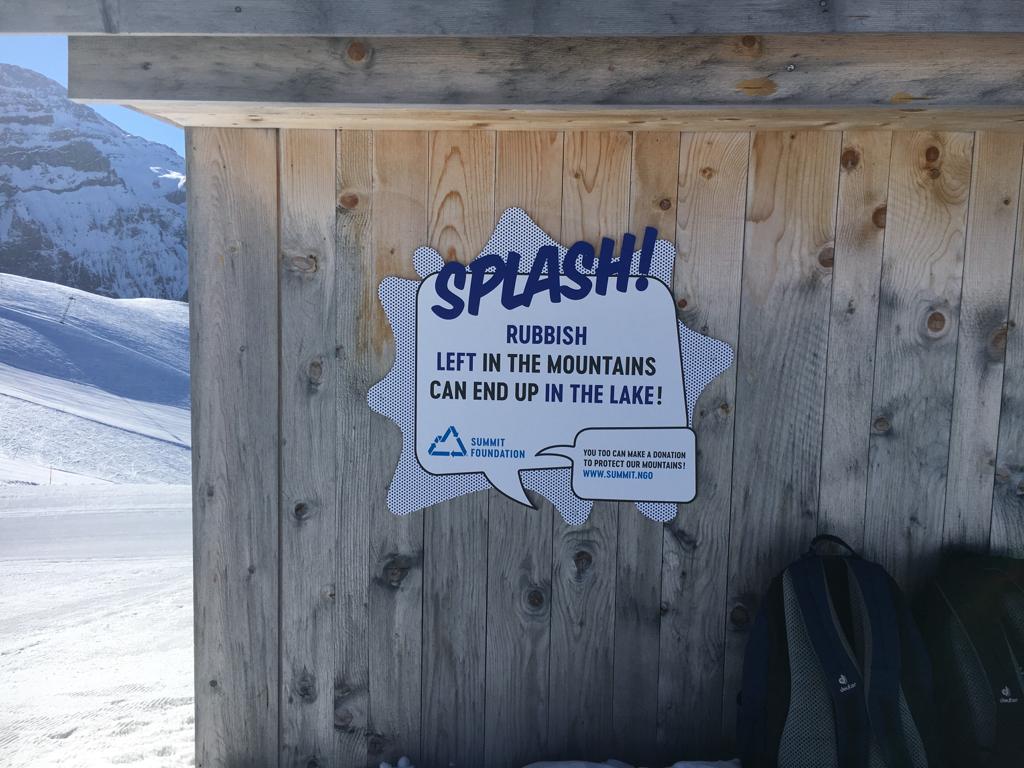 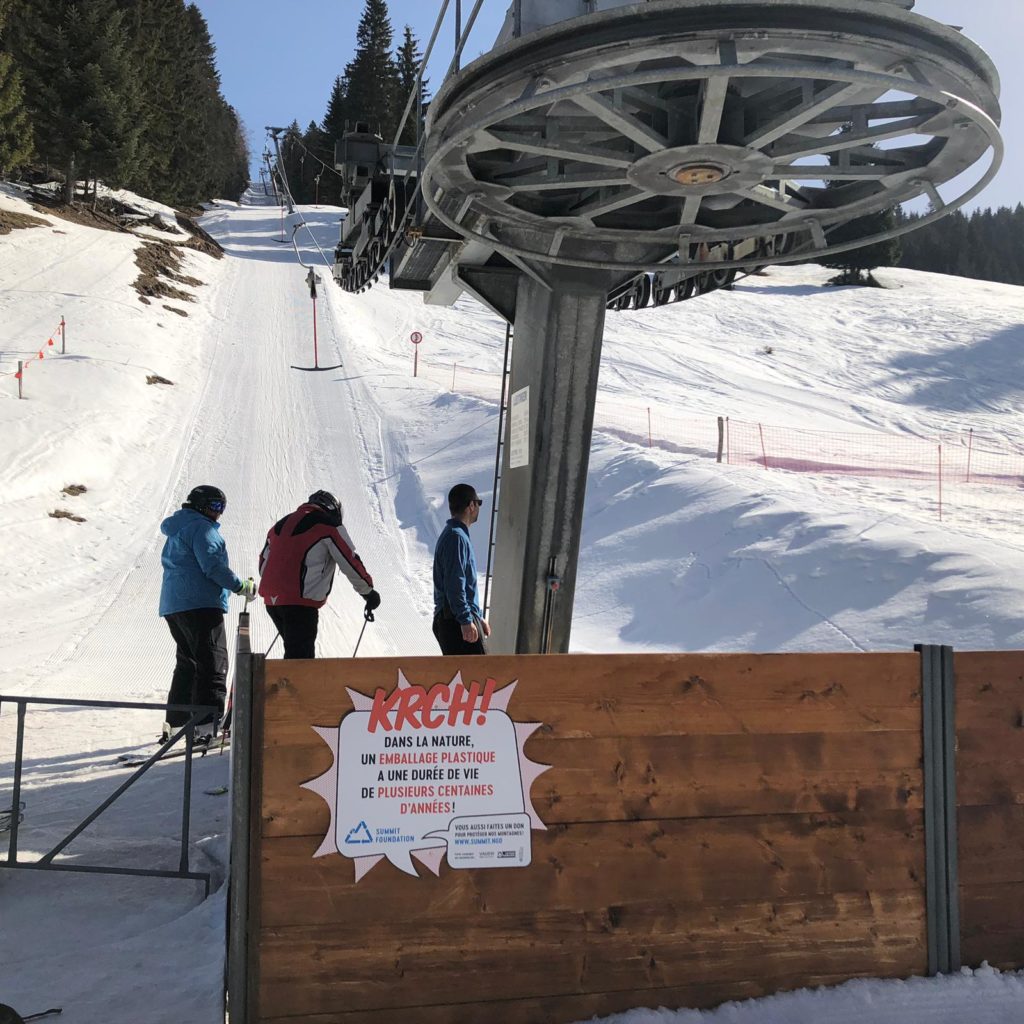 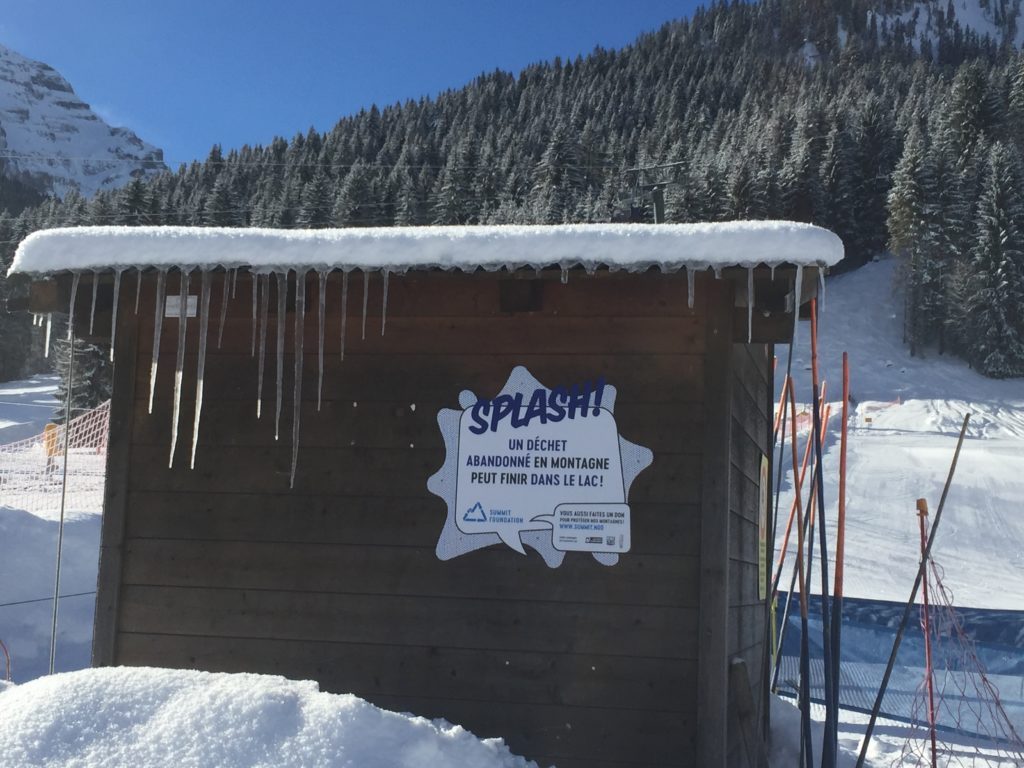